How to Become a Published Author; Part 3

This is a continuation from yesterday and the day before:

To recap, I needed a platform in order to get a publisher.  I friended 800 people on facebook, and when people (especially an older military man) started asking how I knew them, I told them about my book (my need for a platform) and how my son had died.  Honesty--would it be the best policy?

I drank a chocolate coke (which happens to be my favorite thing other than coffee), pulled on my big-girl boots and faced the computer. 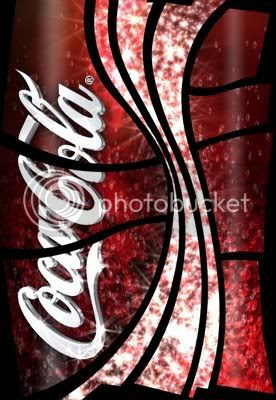 The first messages were from some random people.  "I'd love to help support you."
One woman said she'd lost a baby.  I was shocked, but we even got to be friends in the following months. I remember crying at the computer because EVERY ONE of those people accepted my friendship on facebook.  (Well everyone except an old woman who said she hates technology and that it's connecting everyone--even strangers.)
But out of all my new (799) friends, the one I worried about the most was the military man.  He sent me a very short reply, "Thanks for being honest.  I've confirmed our friendship."
Now, let me tell you something about that older man.  He only had 30 friends on facebook.  I knew he was only keeping contact with people he was closest to.  So, although I met many wonderful people, I really respected my friendship with the military man.  His comments to other people were hard and resolved.  The pictures he shared were of war and victory.  We had little in common, but I found myself admiring his resolve.
So, back to the publication process.  I hired two editors.  I think (no matter who you are--whether you've found an agent/publisher or not) this is a must.  Professional editors will pick up on things other people (even fellow writers) might not find.  There's a reason professional editors are around.
One of the editors went over my journal for content.  I ended up removing several of the entries that didn't need to be there.  I also had to clarify other things, such as who certain people were.  Since it was my journal, I had just named people and not explained any background.  I never thought anyone else would read my journal--I guess that's why it's so honest.
Anyway, were the revisions hard?  Yes, but as the editor noticed, those minor revisions would make my journal shine.
The other editor fixed grammatical errors and typos.
I've written three more books since finishing my journal.  Before even thinking about submitting them to publishers, I will hire an editor.  It's hard enough getting published, why not give my manuscript the best chance possible, and hopefully submit it error free?
So, after hiring the editors and implementing their corrections, I decided it was time for another test.  I found twenty famous authors, e-mailed them my query and asked if they'd consider reading my book and endorsing it.
Five of them wrote back to me.  Three of them would consider reading it!  I nearly bit my nails in anticipation after sending them my book.
Then, a few months later, I received their answers, and I couldn't believe my luck!
Here's what they said:

"Praise for 'The Golden Sky'"


But that isn't the end of this story.  I have one more part I'd like to tell you about.  This next part makes me want to cry.
To be continued . . . again.
Posted by Crazy Life of a Writing Mom at 8:39 AM