I'm Going to be a Security Guard!

So, remember how I wrote about the bonsai tree on Monday? Read about that HERE. Well, on Tuesday, I posted this picture & text on my Facebook account: 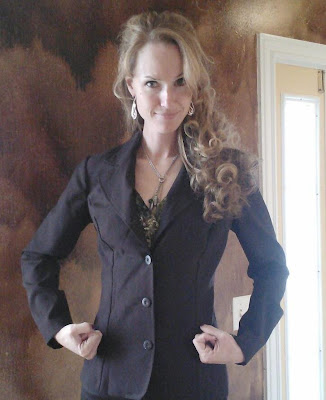 After getting ready for an interview to be a security guard...admit it, I look more like a could-be victim than someone who would effectively protect lives and prevent crimes. THIS is freakin' hilarious!
At least I'm laughing about life now.
Well, I went to the interview--it was the sixth (or seventh--who the hell is counting anyway!) interview I've had in the past two weeks.  And the whole time I kept thinking, there has to be SOME sort of sign when I find the perfect job.  Right then, I looked over and guess what I flippin' saw?!
Yep, a bonsai tree! 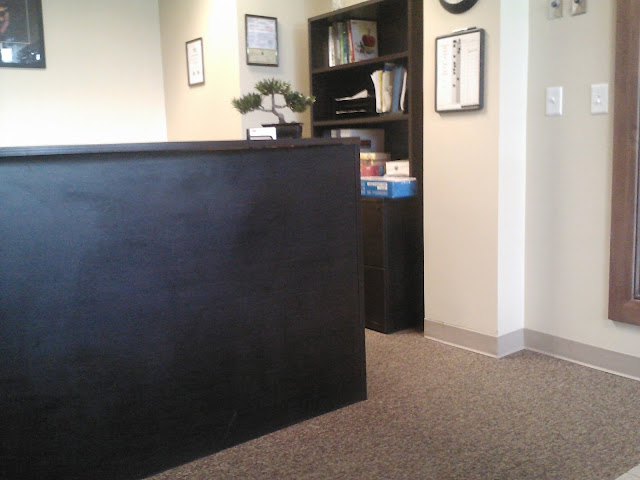 So I discretely took this picture--because let's face it, I'm a badass!
And guess who actually got the job!!!


You're reading a blog FROM A NEWLY HIRED SECURITY GUARD.
I start next week and I can hardly wait!  Wish me luck.

(Maybe I will survive this divorce after all!)
Posted by Crazy Life of a Writing Mom at 3:45 PM 22 comments:

I am now a bonsai tree 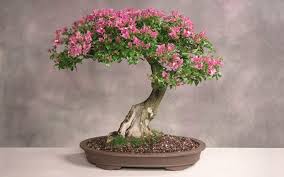 At once, the two seedlings found one another, wrapping their leaves together, entwining until their very beings grew as one.  It was beautiful really, how the two became as a mangrove, even their roots wrapping together in places no one else could see.
The gardener perceiving their unified strength, gently transplanted them into some fertile soil outside.  At first they braved many storms, growing closer all the while.  But then as years passed, something changed.  It was subtle, maybe even so slow neither bonsai felt it at first . . . still, change they did.
One bonsai grew stronger, slightly overpowering the other with sadness and anger.  The smaller bonsai tried to be strong, doing everything . . . anything.  But slowly, the smaller bonsai began losing strength.  And the bigger bonsai, unhappy in its own way, lost strength as well.
The leaves browned.  Their bark no longer had a healthy feel.  They were dry . . . dying.
And so, the old gardener, after watching their demise, decided to pull the two trees apart.  But he had to cut so much that by the time he'd untangled roots and branches, there was hardly anything left of either tree.
He set them in separate containers, on opposite windowsills in his quaint little house.
As the months passed, both trees grew.  The smaller bonsai, stretched and strained.  The larger bonsai, leaned toward the sun, reveling in the solitude.  And as summer came, both trees began to blossom.  And for the first time, both trees saw each other for what they were: The smaller bonsai had orange blossoms.  The larger bonsai had a thick trunk and reddish leaves. 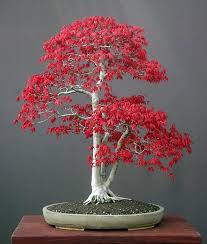 As the two bonsais felt each other across the room, they were no longer saddened, angry, or fearful, instead they saw the facts for what they were: they'd been two different breeds, and if you know anything about bonsais, it's that the only kinds that should be in the same container are those of the same breed.
Posted by Crazy Life of a Writing Mom at 11:06 AM 24 comments:

And it all came crashing down...

Do you ever feel like your whole world is crashing down? Like everything you believed in, hoped for, dreamed of, is suddenly gone?

It's all been taken away, by something I should have seen long ago. But I didn't want to see it.
So now where am I? Just in quicksand. That's all... Lost, and sinking.

Quicksand was terrifying at first because I struggled for years not wanting to go down deeper in the muck.
I'm not struggling now though. And I'm sinking slowly, slowly seeing it for what it is.

I always worried I'd die slow. I just didn't know that the death I saw coming was the death of who I am.

So here I am sinking...quicksand. No one can really help though because it isn't a physical death I'm scared of. It's what comes after the quicksand. I've dreamed of it many times. Hands reaching up from the River Styx--except usually I'm in the boat as the undead beg me to pull them out.

Not this time though; not after I've been in the quicksand.

This time I'm in the murky waters. Other dead souls are clamoring to push me to the depths while they seek solace in the boat. I look at the ferryman's glazed black eyes and watch as the poor living soul, who's being ferried, tries ignoring all those reaching up to him. And as I sink to the depths, I can't stop thinking, "That used to be me in the boat. That used to be me..."

After 12 years of being married, Cade and I are getting divorced. I won't go into details. I don't want you to think badly of either of us. But it is something that needs to be done, and it's hard.
Posted by Crazy Life of a Writing Mom at 11:17 AM 56 comments:

A Streaker in a Library: Memory Monday

Cade and I sneaked into a library where I used to work (reliving a moment from my book, Bible Girl & the Bad Boy).


Sorry I didn't post more about why I've been sad.
I'm getting around to posting about it--I just haven't had the heart yet.
Posted by Crazy Life of a Writing Mom at 9:08 PM 8 comments: