How to Raise a Butterfly

First off, Happy Birthday, Melynda! You're such a sweetheart and I hope you'll have an AMAZING day! You can go visit her HERE.

Two weeks ago The Scribe got a special delivery of four caterpillars. We knew if taken care of, those caterpillars would turn into monarch butterflies. So we did everything we could, keeping them in a perfect temperature out of direct sunlight and under a slight breeze. One of the cats died quickly despite our best efforts since he hadn't handled the postal journey well. Two of them made cocoons within the next several nights--that was amazing!
They have gorgeous golden bumps on the bottom side. 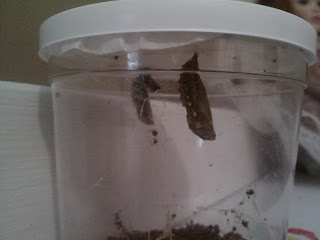 But the only remaining cat refused to make its cocoon. This made me nervous since we were supposed to switch them to a larger netted butterfly home as soon as they cocooned. If butterflies don't have enough room once they come out, they will die.
I watched the slow-crawling caterpillar and soon discovered he had cannibalistic tendencies! He poked the other cocoons, and even climbed on them. He ate much of the tissue paper they hung from. It made me sick--because I'm a pansy and one cocoon almost fell.
Anyway, the final cat eventually cocooned, but only half-way after days. I realized I had to switch them to a larger container as soon as possible.  That's when something tragic happened; the final cat hadn't made his cocoon right. It swayed and then slapped hard against the ground as I tried moving them!
I couldn't pick up the cocoon with my hands because the cat convulsed and like I said before . . . I'm a pansy.
Something was wrong with the caterpillar for sure now, and maybe even before since he never fully cocooned. But I wanted it to live so badly. I wanted it to get a shot at flying. 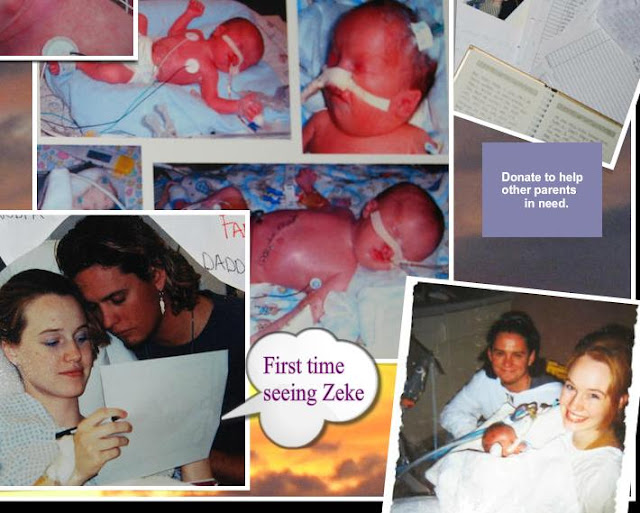 Have you ever fought for something? Given everything you could, suddenly realizing there are things worth living and dying for. I would have died just to give my boy a chance. But after we gave him everything we could, in the end, everything wasn't enough.

I watched the half-cocooned caterpillar flailing and pulled out my iPad. Some directions said, "Glue the end upside down." "Use non-toxic Elmer's glue."  I stood straighter--we could do this. The Scribe tenderly held the half-cocooned caterpillar--she's so brave. I got the glue and we glued him to some paper. He almost instantly stopped moving once we had him upside down, but that night I couldn't sleep. I thought about life. Why are some people and creatures made with imperfections? Why do bad things happen like the cocoon falling or Zeke being born the way he was?
I know peace can come after loss and it has for me, really. But there are still days when the old hurts ache badly.

So two days ago, the three cocoons hung, and I worried for the final cat again. Even though he moved slower than the others, had tried climbing on them and only half-cocooned, I still prayed he'd live. I googled it again and found out, "If Elmer's glue has direct contact with caterpillars or monarchs, they will die."  Then to further sicken me, I read that some people raise butterflies just to kill them for art!
Anyway, the point is that . . . I killed a caterpillar. I couldn't sleep well for nights and in my efforts to save him, I poisoned the poor little guy. The Scribe said maybe he would have died regardless, lacking a complete cocoon. She might be right. I don't know, and it still makes me sad.
As I prayed for him yesterday, the front cocoon started rocking.  A split appeared in the cocoon! It was amazing, and so surreal.

Although, I wish the final cat could have flown, and been beautiful like the two perfectly healthy butterflies that emerged, I need to realize that everything happens for a reason. 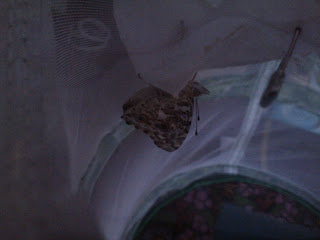 Here is one hanging on the tissue paper.

As I watched them this morning, it reminded me to always enjoy and appreciate what I have.  Yes, the final caterpillar got poisoned in my attempts to save him.  But two healthy butterflies came out and my kids are thrilled.
On the same note, yes, Zeke died.  But now I have four wonderful kids to love and take care of. None of them will ever take Zeke's place, because they all have a special place in my heart.

We might not understand the reason bad things happen, but we can vow to be happy with what we have.  And for that reality, I'm thankful.

For more about Zeke and his story, please go HERE.


Signing off,
Elisa
Posted by Crazy Life of a Writing Mom at 12:17 PM