My oldest girls, the Scribe (who's ten) and the Hippie (who's seven) love fighting with me.  They aren't terrible fights where I get black eyes and lose hair.  Well, maybe I've lost hair.  No, they're the sort of fights I really hate.  Physical pain--no problem, I had four of my five kids without pain killers.
But these fights drive me nuts. They're useless and pointless.  They're about clothes!
When it's summer, the Hippie thinks it's appropriate to wear wool sweaters and snow pants.  In the winter she'd prefer miniskirts and tank tops.  "What are you doing?" I asked the other day.
"You don't want me being like everyone else.  Do you?"
"If it'll keep you alive, then yes!  There's half a foot of snow out there.  You can't go to school in flip flops."
"Yeah, I bet I could?  I'm tough enough."
That kid thinks she's an oracle, a superhero--or something.  Could she wear flip flops . . . yes.  Should she--ABSOLUTELY NOT!  "That isn't a good idea," I said, pointing at her.
"Yes, it is," she said.
"No, it isn't.  I know you don't get it now, but you'll understand when . . . you're ninety-two."

On a side note, everyone in this family knows about being ninety-two.  People get completely wise at ninety-two; at least I think so.  Ninety-one-year-olds might think they have it all.  Even people in their late eighties might have false hope.  They're wrong, though.  True wisdom doesn't come until the age of ninety-two.  I realized this truth after meeting Opal, that fiddling hound, who was pretty wise.  That story is here: I Went Underground--Fiddler Style   Anyway, she was the ninety-two-year-old fiddler who kicked my ars.  If I can just make it that long, then maybe I'll get wise and be good enough at fiddling to finally show her up in Heaven. Oh well . . . dreams, dreams.

Back to the story: The Scribe is even worse about her clothes than the Hippie is.  The Scribe is sneaky.  At least the Hippie tells me what she's doing.  The Scribe, on the other hand, will put a massive shirt over some grungy top she knows I hate.  Then, once she's at school, she'll take the sweater off and strut like she owns the fourth grade.  Once I even caught her! "Why are you wearing that?"
She pulled me aside and whispered, "Because I'm a tomboy.  This is the stuff you have to wear if you want the boys to play soccer with you."
That was strange.  The Hippie would rather show some skin--in outfits that DO NOT match--while the Scribe just wants to hang out with the boys, play soccer and paint.
"Fine, I'll let this slide.  But I'm taking you shopping, and you need to start wearing the things I buy for you even if you think they're ugly."
She cautiously shook on it, the deal of doom.
I took my girls shopping later and while at the store, I found the cutest sweater.  "That's kind of . . . ugly," the Scribe said.
"Is not!  It's awesome.  You're wearing this tomorrow."

I bought the sweater although both my girls seemed mortified.  The point remained, I got it from some teen store.  I even saw a cute girl wearing one.  That had to be neat, right?  I could be a cool Mom--damn it!  Plus, it had Rudolph and Clarice on it.  You can't go wrong with Rudy and Clair, seriously. 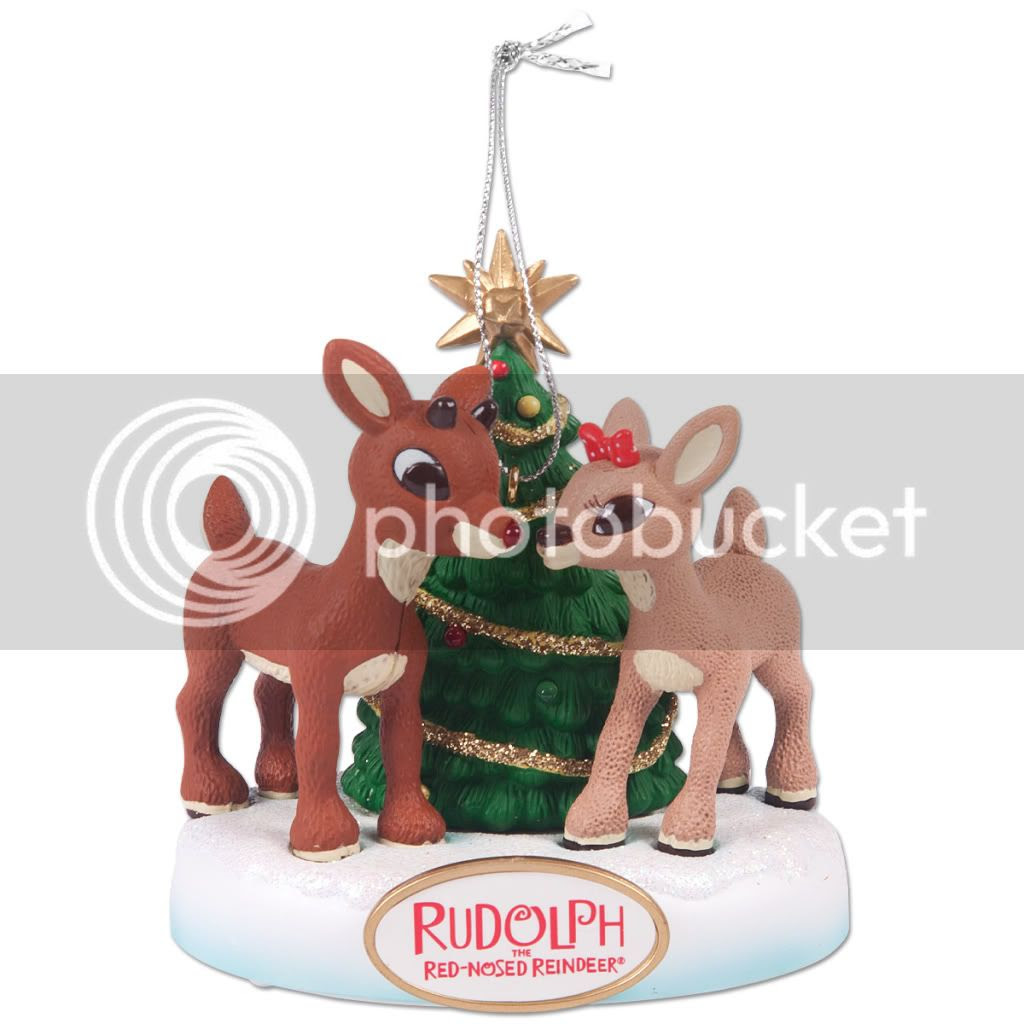 "You're wearing this," I said morning after morning.
"But that's a picture from a baby show AND the nose lights up."
"That's what made it so expensive . . . So, you can glow in the dark like when Rudolph guided the sleigh."
She just stared at me.
"Plus," I went on, "Would I like a baby show?  I LOVE that show."  I paused and got to the heart of the issue.  "I'm only twenty-eight, Scribe . . . a young mom!  You treat me like I'm sooo old, like I've expired."
So, the battle raged every day for weeks until I finally gave up.  Fine, if they wanted to look like grungy, bratz girls, let them.
I wrote my blog at 5 a.m., drank strong coffee and hoped for the best.  My girls woke up making me nearly shake with fear.  This was a big step--letting them pick their own clothes--what would they wear?
But of all the days for me to give up, the girls came down the stairs and shocked me. The Scribe's shirt blinked with its red light shining in our previously dark world.  The Hippie wore a wool sweater she'd once professed to dislike.  So, I did what any good mother would do, I made them pancakes.  We danced and sang.  We smiled and laughed.  We even used syrup!
It wasn't until the end of the day came that things unraveled.  I waited for school to end.  After the bell rang, my girls came closer  and hugged me tight.  "This was the best day ever.  You two are growing up.  You didn't fight with me about clothes."
They both smiled in this weird sort of way.  "Yeah, Mom," the Hippie said, so tender it looked like tears of guilt lined her eyes.
"Mom," the Scribe said, "we have something to tell you."
"Yeah?" I asked.
She rubbed her hands together as if thinking of a way to get out of trouble.  "We're glad you're happy.  We've been talking; we don't want to fight about clothes anymore.  We don't want to look bad, but we don't want to fight either."
"Great," I said.  "I, for one, think you look awesome!"
One of their friend walked by at that moment, he hit the Scribe's backpack and gave her a thumbs up.  "You sure know how to win at everything.  That was the perfect pick for ugly sweater day.  Congrats on winning."
I paled.   It was hard to speak.
My girls looked sick, too.
"You wore these clothes, for UGLY SWEATER DAY?" I asked, my voice going higher with every word.
"Yeah," the Scribe said.  "The Hippie didn't win in her class, but I did.  I guess I should thank you.  I won a candy bar."  She fumbled with her backpack.  "You want it?"
"No thanks." I groaned.
The Scribe pulled a sad face.  "But I was serious.  We don't want to fight about clothes anymore."
"Why?" I looked in the rear view mirror.
"Because you were so happy, we even got syrup."
I snorted.  "You really won the contest?"
"Yep," the Scribe nodded.  "I never thought having such an ugly sweater could be so epic."
"Yeah," the Hippie agreed.
"I always knew it would be."  I nodded, lying as I tried sounding like the young, COOL mother.  "Ugly sweaters are in style right now.  Seriously, they are.  I saw it on the news and everything."
Posted by Crazy Life of a Writing Mom at 9:13 AM