Who are we to judge, anyway? 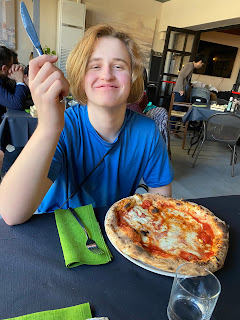 Trey is such a philosophical kid. I knew that even when he was a toddler. Other kids would be racing toy cars, hugging dolls, making choo choo noises, or even fighting with each other, but Trey would simply sit, quietly observing everything like a wise, old man. Because of this, I really wondered what he’d think about Italy—especially the brutal history of the colosseum.

“If you became a gladiator and had to fight someone who was truly evil … would you kill them if it was your only chance of survival?” I asked.

“Well, would you do it?” I reiterated.

“If I could make that decision so easily, then how could I be trusted with anyone’s life—good or bad?”

I leaned back, taken off guard just letting his words sink in. “But what if they actually were evil?” I asked.

My fourteen-year-old shook his head. “I don’t know what circumstances made them who they are. It would never be my place to take someone’s life. So, no. The answer is ‘no’—I would NOT kill them because it’s not just killing someone; it’s erasing all of the things they could’ve done. It’s taking away what only that specific person could add to the world. What if they could change the course of … everything, and I just ruined that chance? Plus, who am I to say they’re really bad anyway?”

This was one of our first conversations in Italy, but it stayed with me the whole trip as Trey, Mike, and I jammed everywhere we went. I fiddled while Mike strummed chords on the mandolin and Trey played lead on the ukulele. But each place we jammed, no matter how beautiful, ancient, or serene the scenery looked, I kept thinking about Trey’s words.

I guess this hit home because at two different points during my journey with cancer, I almost stopped getting treatments. Thank God I didn’t because I would’ve missed out on so many things like jamming with Trey in Italy. This is just a reminder that no matter what you might be going through, don’t quit fighting. Life is worth it. 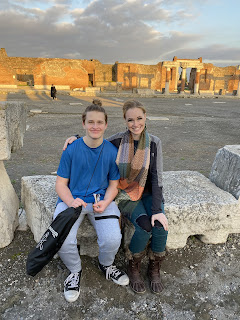 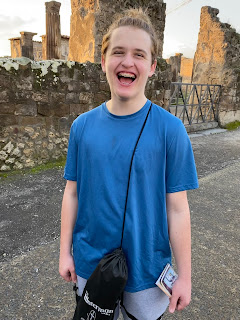 Posted by Crazy Life of a Writing Mom at 8:32 PM