'TIL DEATH DO US PART?

First off, I'd like to congratulate Fishducky.  Her first book was published today and I'm so proud of her.

I hope you'll check it out HERE.

I've already had the pleasure of reading it and it's absolutely hilarious. 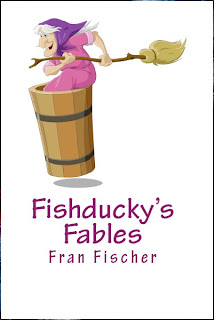 Now, onto some other news.

Jaimie Engle will be guest posting here today.  She's an amazing author.  And Wayman Publishing was lucky enough to sign her debut middle grade novel, coming out near the end of this year.  Details to come.


Marriage.  It’s blissful and painful, magical and mind splitting all rolled up in ‘til death do us part’.  Yes, I’m a woman, but this is not a piece on male bashing or on what the husband’s are doing wrong.  This is addressed to the wives who hold more power over the happiness of their marriage than they know.

For starters, let me explain a basic truth of men and women.  Men need respect.  Women need love.  Wives, if you respect your husbands they desire to love you.  Wives who feel loved desire to respect their husbands.  When this circle gets broken it feeds itself, morphing into two separate lines which move farther and farther from each other until eventually becoming parallel.
Did you know that wives do not have the right not to respect their husbands if they are not feeling loved?  I know some of you just gasped deep enough to suck a few letters off of the page, but hear me out.  As a wife you are called to honor your husband.  This is not an ‘if-then’ statement.  It is your vows in action under the covenant of marriage.  The problem arises when wives treat their marriage as a contract and not a covenant.
In a contract, “if” one party shrugs their responsibility “then” the other party has the right to suspend their responsibilities, even to the point of legally breaking the contract on grounds that the contract was not fulfilled.  Marriage is a covenant.  It is a lifelong promise to remain faithful and unified as one flesh separated only by death.  Are there exceptions? Of course, but this piece is addressed to the majority and not the circumstantial.
In my observances of my own marriage and the marriages of others, there are five major flaws that wives consistently do which have long term, detrimental impacts on their marriages.  They are categorized as belittling, not being a helper, withholding sex, poor communication, and pride. 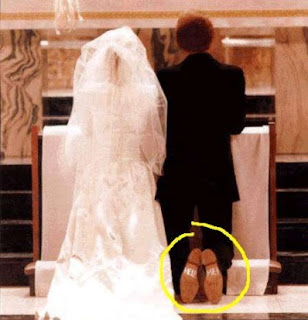 Feel free to drop in on Jaimie at www.jaimiengle.com.
Posted by Crazy Life of a Writing Mom at 5:30 AM