When I was little, all I wanted was a cat.
I knew I'd be a great mommy if I just had a kitty.  I'd dream about that ball of fur, pretend it was my pillow at night.  I'd squish it hard and love it with all my heart!  Once I even made a paper airplane and took it for a walk because my cat would be so well-mannered, it would go for walks.  I spent years dreaming about cats, until one day my beautiful aunt (who lived down the street) showed up at our door.  She cradled a kitten in her arms, a black kitty with little white feet.  He had a red ribbon around his neck and when I found out she'd brought him for me, I thought I'd explode from happiness.
That was before I realized Bootsie was 1/2 felis domesti-catus, 1/4 mountain lion and 1/4 crocodile. 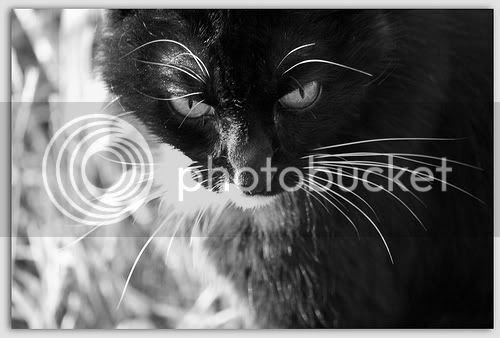 Today I have one question for you:
What was the name of your first pet?
Posted by Crazy Life of a Writing Mom at 9:54 AM