I have the greatest family ever. I know everybody says that, but when I say it, it’s actually true.

My uncles are the stuff legends are written about. They’ve cornered mountain lions and probably choked them out with their bare hands. They’ve gone fishing for Alaskan salmon, and instead of catching fish, they caught bears! Some of them can fly, build tennis courts, ride Harleys, cook steak, and more. One thinks 40 hours a week is part time. Another is part Greek—part Chuck Norris (probably).

My aunts, well … they’re classy AND sassy. One was a homecoming queen and an amazing writer. One has the best taste in the world. Another makes the fanciest jewelry known to man, and the others are some of the most hilarious people I’ve ever known. If they aren’t hittin’ you with glamour, they might be laying on some thick wit that you’ll be mulling over for days.

This goes for ALL of my aunts and uncles, but the one I’d like to highlight today is the myth…the legend: my Aunt Jackie.

I have a lot of wild things on my bucket list. For example, my birthday is on Groundhog Day, and I’ve always wanted to see Punxsutawney Phil up close. I’m actually glad I didn’t go this year because when they pulled the groundhog out on my birthday, he was dead. I’m not sure how many people really heard about it because it wasn’t widely publicized. I guess that meant six more weeks of winter or of the pandemic … or whatever. Anyway, most people know that the biggest items on my list are going to Italy, hunting and bagging a real-live deer, and singing the national anthem at a baseball game. I’ve completely the singing thing … and I’m working on the other two. But another huge item on my list is learning to make Aunt Jackie’s homemade spaghetti. I didn’t know if I’d have to steal the recipe or what. But this has been a lifetime goal.

You see, she’s one of the most amazing cooks on earth. She makes pickled eggs—that are actually good. She’s half-Italian, and 100% awesome! So imagine my surprise when I got a message from my amazing cousin, saying she’s coming to see me with Aunt Jackie—and we have a date for this Saturday to make the best spaghetti on earth! I’ve heard it takes hours and hours to “brew”—yes that’s how I’ll choose to describe it. I can hardly to wait post pictures and tell you all about it. This’ll be the Best. Weekend. Ever! Get ready to hear about an adventure 🤗 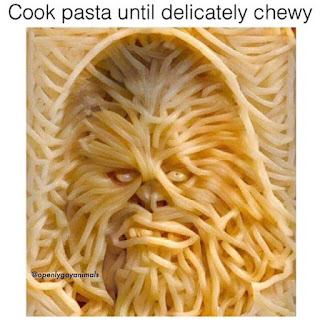