The couple gapes at their pastor—who recently got divorced.

“Dearly beloved, we are gathered here today, to talk about marriage. God will never leave you or forsake you, because He left that up to women. You'll be with this woman a LONG time. She might lose her health, a leg, her beauty, and her kindhearted soul, but you’ll still have to stay with her. You could be stuck with the devil herself—is that a contract you're willing to sign?”

“Of course he'll sign it,” the woman whispers, batting her eyelashes AND gritting her teeth.

The groom turns to the pastor but doesn’t catch his eyes completely. “I guess so.… Yes.” He glances at the bride's chest.

“And you…you wanna-be harlot,” the pastor turns to the bride, “are you willing to rip out this man's heart for better…FOR WORSE? To smash him into the dust, as long as you both shall live?”

“Ummm….” the bride says, but before finishing, a wise woman interrupts her.

“Hey,” the woman stands from the shocked audience, “you have this all wrong. Is she willing to stay with a man who will probably trade her in for an upgrade? Does she know she might end up hemming his underwear, and he might purposely pee on the toilet seat? Does she know…he will bald and take her best years. Her boobs will sag. She'll have millions of his babies. Then, years later, he'll probably leave on their thirtieth anniversary?”

Everyone remains quiet because that's what the thought of pee on a toilet seat does to people. Then some kid would turn to his mother and whisper, “Why would anyone sign a contract like THAT?”

The point is that marriage isn’t always easy, and neither is everything it entails!

I’ve given away copies of my humorous novella, “How to Avoid Having Sex,” at bachelorette parties, wedding anniversaries, and to friends (both single and not) for Valentine’s Day. If you like my posts here, check out “How To Avoid Having Sex” (the paperbook, eBook, or audiobook): https://www.amazon.com/How-Avoid-Having-Sex-Stilson-ebook/dp/B00B9120MU/ref=nodl_

“The author is hilarious. I really do not recommend her book for how to avoid sex—but if you have been married for years, I recommend it for laughs,” Cins-a-Joy, Amazon reviewer.

I hardly ever do this, but thank you for letting me add a shameless promotion 🤣🤦‍♀️💓 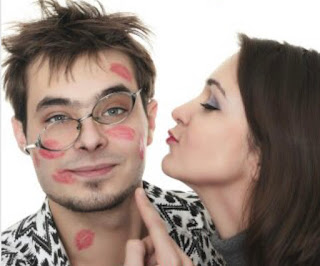