A Bullfight with Death 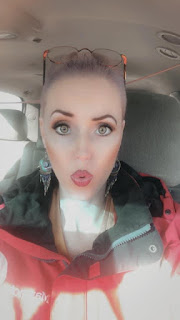 2022 … the year I “am” supposed to die. Maybe everybody has a timer stuck on their back, ticking to an expiration. But only God should see that. I’ve come to believe that no person should be privy to the date of their death…even if it is just the year.

Since my diagnosis in 2020 I’ve lost a vertebra and undergone grueling cancer treatments … but in 2021, that was the worst of my fight so far. I almost died two different times—the most disturbing from sepsis in Montana. If I’d gotten to the hospital three hours later, the doctor said I would have died… I cheated death—by three hours. Three hours.

Have you ever felt like you’re in a bullfight against the grim reaper? He keeps charging, and I’m embarrassed to say that I’ve almost been taunting him, even with my recent trip to Mexico. “Don’t go!” my doctor told me. “You’ve had multiple PEs.” That’s fancy-person talk for pulmonary embolisms—blood clots in my lungs. “You could get one again or COVID on the plane. Either could be devastating.”

“But I can’t stop living just because you’ve told me I’m dying!”

She laughed into the phone. I have a niggling feeling she doesn’t call many patients on the phone OR read their books. (I’ll never forget the day she told me she read “The Golden Sky”).

So, I went to Mexico. And it felt like taunting the grim reaper again. And every time that bull missed me I wanted to scream, “You CAN’T have me until GOD says it’s time!!!”

So, what did I learn in 2021? I learned to just live…the best I can. Be that sporting a bald head, a walker, a wheelchair…a wig. Be it hiking, or writhing, or crying…or swimming. Be it any d*mn way you can. And be grateful for all of it. Life... Life! Is. A. Gift.

The docs originally said I had two years to live, now they’re giving me up to ten. Maybe next year they’ll give me 30…those givers.

To taunt the reaper for another year—bring it on,

Posted by Crazy Life of a Writing Mom at 1:13 PM