In high school most of my close friends were guys.  Sometimes they forgot about me being a girl, and had crazy conversations right in front of me.  They talked about who they would date and how far they'd go.  They punched each other in places I don't want to talk about and made fools of themselves in ways they never would in front of other girls.  As I think about it, one of their conversations sticks out; it was how to separate a manly man from a leg crosser.
To give you a good picture, let me show you an example of a "very cool" manly man.  I think everyone would agree on this.  If you don't think James Dean is manly, your mama dropped you when you were a baby.  I'm sorry to ruin her cover, but it's time you should know . . . she most likely never told you about it.
Here's a picture of heartthrob James Dean.  This isn't my favorite picture because Natalie Wood is up in his grill.  In this picture she doesn't know a thing about personal space and James doesn't look like he wants her being that close--just staring at him.  It reminds me of those people who keep their eyes open when they make-out and that's just Silence of the Lambs scary!
Anyway here's the picture: 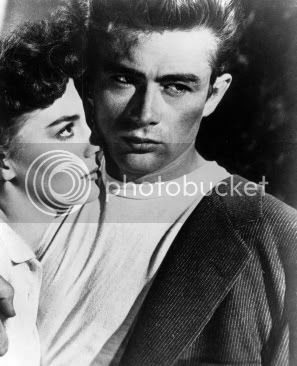 And here's a better one.  Wasn't he a good looking guy! 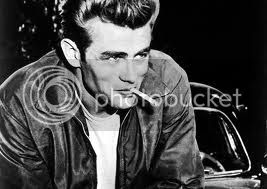 According to the main expert on this, (let's call him Charlie) manly men like James DO NOT cross their legs; if they have to, they cross their ankles.  As he said one day, "It's physically impossible for a true manly man to cross his legs. And if he does, by some miracle cross his legs, he definitely DOES NOT sit when he pees."
It reminded me of the princess and the pea.  I love fairy tales but this was real life, a dream come true.  With the leg crossing thing you could watch anyone and know if they were manly or not!
The whole thing kinda stuck with me.  I'd ask Charlie about different people we knew.  I didn't mean to sound judgmental, but it was more interesting than cinnamon toast.  I love people watching anyway and the leg crossing thing made it fifty times more interesting.  You could watch someone's mannerisms and see into their leg-crossing soul.  The more I learned, the more I understood.  It wasn't about sexual orientation--never about that--just about if a man was truly "manly" or not.  I swallowed his theory faster than that one about global warming.
So, Charlie said . . . 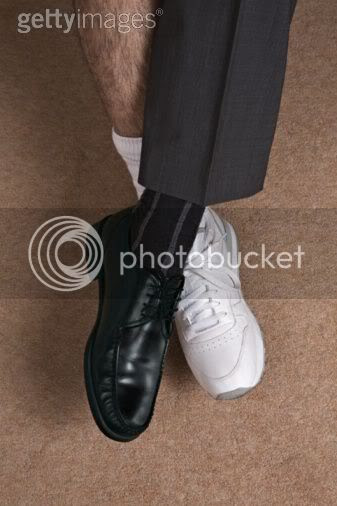 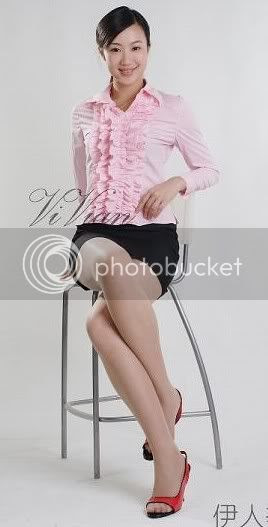 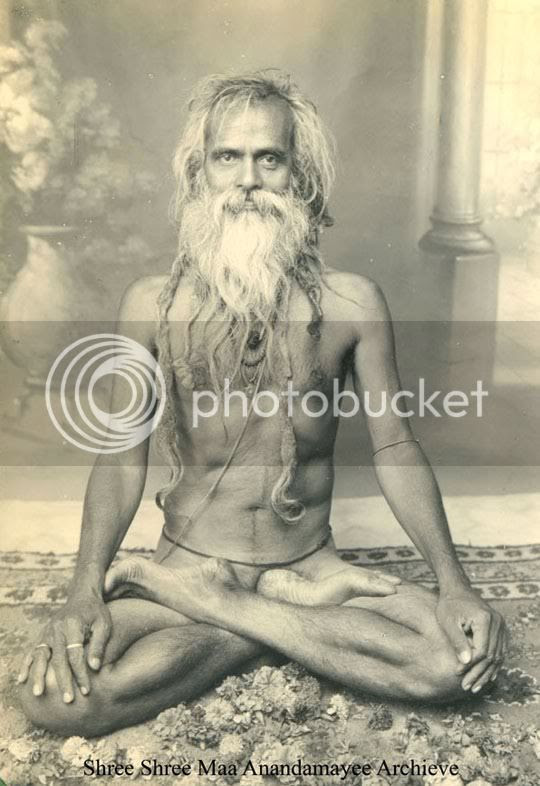 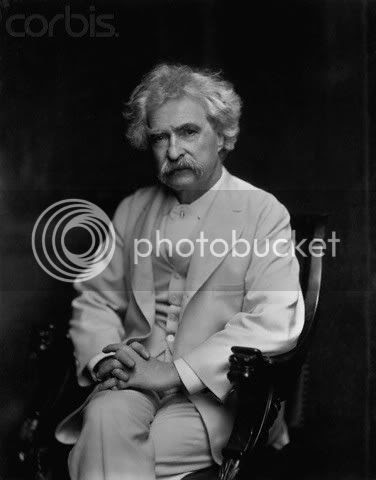 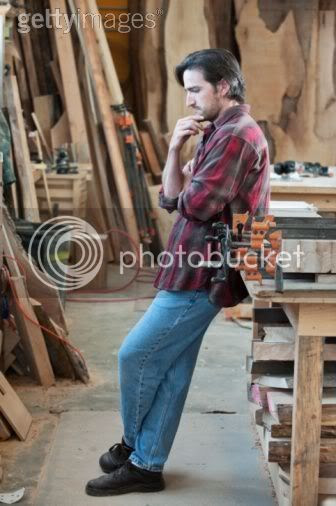 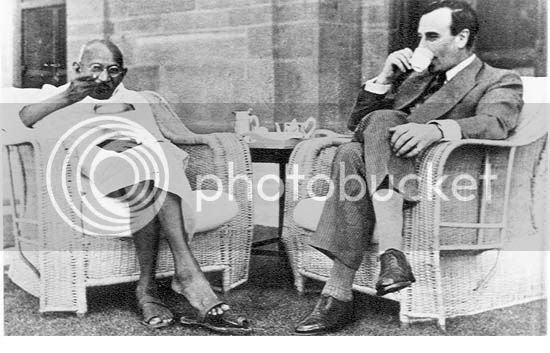 Now as you look at these pictures, you've probably already realized there are some VERY COOL leg crossers.  I unfortunately didn't pick up on this as quickly as you did.
Instead, I believed the lie.  My friend and I lounged around talking for hours.  He'd boast of some guy that probably sits when he pees because he crossed his legs like they'd been super glued together backwards.  It wasn't until one day while we visited Charlie's family, that his theory blew into pieces.
Charlie's brother, let's call him 'Nate'--his ultimate hero--sat on the couch across from us.  We talked about chess and how Nate would be an engineer soon.  Charlie laughed hard, loving every minute he got with his brother, but that was when it happened.  I saw it in slow motion, as Nate squirmed, looking uncomfortable.  He moved slightly.  Itched his thigh, then his knee.  He grabbed his ankle and started lifting his leg slowly.
I wanted to scream, "No!  No!  You can't be a leg crosser.  I've watched too many good men fall . . .  Plus, you might hurt yourself!"
Before I could say a thing, his ankle rested atop his other knee.  I sighed.  He was safe for a moment, just as long as he didn't seal the deal and cross his legs completely.  I felt relieved; if he was a manly man, that would be physically impossible anyway.  Why had I been so worried?
As I sat, breathing hope, that was when it happened.  Nate went for it, sending his leg down, down into a clenching crossed leg position.  I stared at him.  My jaw fell into my lap.  I'd never known he wasn't a manly man!  I swallowed as I gaped at him because he didn't seem hurt at all.  I expected him to gasp for air, like he'd just been hit in the groin with a hockey puck.  I pictured two water balloons about to burst!  But he didn't even wince.  He just sat there, laughing about engineering and chess.  It wasn't until I looked at my friend, that I almost spit out my drink.
Charlie's face withered to ashes.  He turned to me and shook his head.  "I never knew," he whispered.
"It's okay," I said, suddenly doubting the theory.  "Maybe there are exceptions."
"I don't think there are," Charlie said in a monotone.  We both eyed Nate who stared back curiously.
"You two okay?" Nate asked.
Then Charlie, being the brave manly man I knew, dove right into the fray.  "Nate.  Do you . . . sit when you pee?"
Nate laughed and sat straight.  "Why, yes.  Yes, I do."
I wanted to clap for him, tell him, "job well done," because what he'd just said took guts. I was proud of him for being himself and showing that the rest be damned!
Later, when Charlie took me home, he said he'd been wrong.  His theory had been flawed.
"How so?" I asked.
"It's because there are three types of men.  Any guy can be in one of three categories.  A man can be a manly man, a leg crosser," he paused, "or an intellectual."
That conversation makes me giggle because "Charlie" still believes his theory.  Even though I'm not a complete believer I think it's hilariously awesome.
With all that being said, what do you think of the theory?  Do you think it's ready to go to the "law" phase or still a work in progress?  What type of man did you marry or what type of man are you?  Do you cross your legs and sit when you pee?  Go ahead, this is the internet, feel free to let us know.


P.S. This is a re-post from last year.  It started a whole Blog War because one of the people in this story is my brother!  Why put it up now?  Well, let me explain.
Yesterday I had a great time at a family function--until my brother put soap all over his hands and then grabbed my arms.  He thought it was so funny, teasing me like that, too bad my reflexes took over.  I held a sack filled with diapers, and the wet yucky feeling was too much.  "Don't . . . make . . . me . . . do . . . this!" I said in slow motion, swinging the sack toward his face.  I watched as the sack smacked my brother's head and glasses.  It moved too quickly since I might be half-ninja.
Anyway, he laughed it off (later) but deep in those pranking eyes, I suspected I'd gone too far.
The thing is that when my brother and I had a blog war last year, we did mean things to each other.  He left a box on my porch that was labeled "Bomb."  Don't believe me?  Go HERE.  Another time I put a fake finger in his soup.  That story is called "I Gave My Brother the Finger."  I know--there's no way he can top that one!  And then we blogged all about it because there's nothing like public shame.
Well, in honor of the fact that I hit my black-belt brother in the face, I decided to post the two stories that started it all in February of 2011.  I'll post the second one tomorrow.

Posted by Crazy Life of a Writing Mom at 9:08 AM