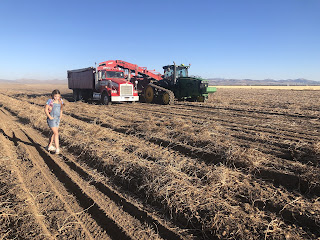 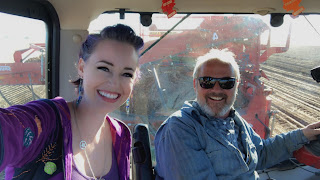 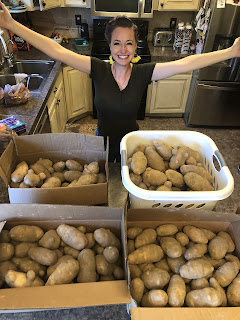 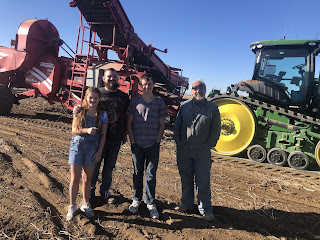 Some of us don’t realize how much we’re blessing people’s lives, just by sharing our story. That’s what happened for me with Shane Jackson.

He wrote through my author page, EC Stilson. “The post involving Blackfoot, Idaho and your current situation somehow captivated me and has given me strength to carry on. My problems are pretty insignificant in comparison.”

I sat drinking a cup of coffee as I read this message, so honored that a stranger had found my page and decided to share his story with me.

“I’m a single father of now a 13-year-old,” he wrote. “I’ve raised her since she was two and a half.” And as his story continued, I couldn’t fathom how my situation could inspire him. Yes, having stage four cancer is scary. But this man has been through so much more than that—and still found a way to avoid regret.

“You’ve got to beat this!” his closing paragraph stated. “So, get on with it and put this dying bullsh*t out of your mind because you’re not!”

Over the last months, I shared this story with Mike, and we felt so humbled that such a strong man would find anything worthwhile in our story—especially since we’ve struggled this month and definitely not felt “inspirational.”

“EC, some of your posts lately have left me just not knowing what to say or reply,” one of Shane’s latest messages said. “I’m hoping for a speedy recovery.”

Then, that giver must have been touched by providence, compelled to do an exceptional act of kindness that I truly needed. “I would extend an invitation to come experience potato harvest if you have never done so. To me it’s always been a magical experience seeing the crops come in. We’re digging potatoes in Pingree…. You and your family would be welcome to come out and see potato harvest from the seat of a tractor if you would like.”

I told Mike and the kids. Trey and Indy were especially excited, and after we arrived at the field, we got to ride in different machines and meet Shane in person.

As I sat in the tractor with him, the whole world thrived with magic. I waved to Mike and the kids (who sat in other machines). Watching potatoes freshly birthed from the ground, I saw God’s majesty in all of it. And even just glimpsing Shane’s view on life and farming is something that I’ll cherish forever—because THAT is how he’s made it through so much with grace. “You can go ride in the other one now,” Shane said, pointing to a machine a few feet away.

After I stepped from the tractor, I placed my hand on the earth and could almost feel its heartbeat. I love fishing because you never know what surprise God has put on your line. Well, that’s kind of how farming is too. There’s so much hidden under the ground, just waiting for someone to discover its potential.

“Isn’t it amazing how the earth can look so dead and void, yet all of those potatoes were waiting just under the surface,” I told the driver of the other vehicle as he loaded potatoes up a large conveyer belt.

“It really is,” Garrett said, beaming. Then he ended up telling me how fun it was seeing the excitement from all of us. “That Indy is a character,” he said. “And Trey asked great questions.”

“Is this what you always wanted to do?” I asked him.

Then Garrett said how he’s in medical school, but he might drop out. “I just don’t know,” he said.

I got chills; this was providential too.

And then just how Shane had changed my life and said the exact words I needed to hear, I think I did the same thing for Garrett. I told him about my melanoma and how it was finally a dermatologist who found it—and gave me a shot at life. “Time passes. I thought my kids would grow up by the time I was in my early forties. And then I’d do all sorts of things. But look what happened. I’m fighting just to stay alive. You go for your dreams. Don’t give up. There’s a reason I’m sitting right by you, telling you my story about skin cancer.” And after I stepped back to the hardened earth, I knew Garrett would never forget those words, and I thought about the people’s lives he might save in the future…people just like me.

So, Wada Farms, who generously let Shane do all of this for us, had Mike, the kids, and I gather potatoes to keep—straight from the ground. We got several boxes of Russet Burbanks and hearts filled to the brim with wonder.

I’ll never forget our trip to the farm or Shane’s resilience and determined joy despite hardship. What a beautiful world we live in. Seriously.