This morning I received a scathing email from one of my readers, upset that I WAS (did you catch the tense) dating a married man.  Yes, I'm still in love with him.  Does that make me a terrible person?  Maybe.  But the list goes on . . . and apparently I'm here to be transparently honest--to the point of full-on confession!  So--happy freakin' New Year, people--since someone already cast the first stone, how about I throw some for the team? 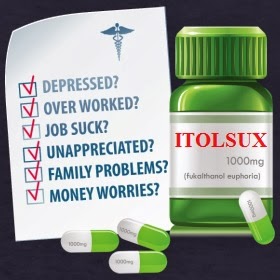 For the days when you'd just like to jump off a cliff.


Wanna cast some more stones?  Go ahead.  How about we examine the list, shall we?

1. I've killed my own child.
Most of you already know this story, but here goes anyway.
He was on life support.  It was the toughest decision of my life.  So yeah, I was responsible for my own kid's death.  And it was the kindest flippin' thing I could do.  And sometimes I still get choked up about it because he meant the world to me--and I would have given my own life, to give him the ability to breathe as I watched him suffocate for time-on-end.  And STILL people criticize this decision--like they could have done better.

2. I've said "yes" to a proposal and then taken off with the ring the next day.
It saved us some divorce fees! AND I mailed the ring back a while later.  He probably even made interest on it!

3. I've been the other woman.
I fell in love with someone else going through a divorce, so sue me.  And it was romantic and exciting . . . until I found out his divorce wasn't going through.  Then I nearly died because I'd just gone through so much to feel betrayed and lied to . . . again.
THEN when things went sour, I didn't want to be one of those desperate girls who texts someone constantly, so I took out my OWN cell phone battery, went to the post office and mailed the stupid thing TO MYSELF.  I. Am. Such. An. Idiot.  AND I miss my phone.  The battery was supposed to arrive today, but I think it's lost in Bermuda.  Or maybe it went where all the lost trinkets and socks go?  So now I have a broken heart and I don't even know what time it is--or what precise time my heart fully broke at--who uses a watch when they have a cell anyway!
And all I want to do is curl into a ball and cry on my un-vacuumed carpet (why doesn't it just vacuum itself--I'm at the end of my rope!) as I try forgetting the rude emails I got today about the sin of "dating a married man."
Okay--I suck.  Thank you!

6. Once I peed in a church.
Have you heard they even have bathrooms in Heaven?

7. Once I said "shit" in a church.
And then Jesus laughed.  And a chorus of angels sang as another angel got her wings . . . and they were brown like goose feathers or . . . .

8. Once I farted and blamed it on the fat kid next to me (everyone believed the lie.)
Wait. . . .  There's no coming back from this one.  Maybe I should friend him on Facebook and send him a giftcard?  Would that atone for the sin?  The card will be from Starbucks and everything!

9. I killed a rabbit--and I would have shot a deer, but none showed up.
That rabbit will be waiting for me--with a baseball bat--at Heaven's gates.  And the rabbit shalt be ten feet tall.  And it shalt smite me with its laser vision.  (Ya know, like on X-Men.)  And then I wilt know the vengeance of bunnies EVERYWHERE.  Bwa-ha-ha.
Ummm. . . .
Sorry I got a bit carried away on this one. . . .

10. (The REAL #10) I left a good friend when he needed me most.
I was scared for my life.  And yet, I will never, ever forgive myself.  We all carry our burdens.  Now you know my biggest ones.

So if anyone else would like to kick me while I'm down, go for it.
Kick. Kick.  Don't it feel good? . . . Said no one who's currently being kicked.
I know I don't always make the best choices.  And the worst sins are those that hurt others (yep, I got a few of those).  Plus, my stupid excuses won't cover my sins.  I guess that's what Jesus died for.  Maybe it's time for me to pray and buy that one kid a giftcard--just for old time's sake.

Signing off,
The Biggest Sinner on Earth--for the fifth consecutive year in a row--Elisa
Posted by Crazy Life of a Writing Mom at 4:36 PM