This is a continuation from yesterday.
"These measurements seem strange." I emailed a woman from Israel. She'd recently ordered this outfit from me:

I waited for a reply, stood on the coffee table and dangled the measuring tape in front of myself.  I reached up higher and still wasn't able to stand as tall as the woman wanted the dress.
"She must mean centimeters. Not inches," I mumbled to myself.
I checked my email after that and was shocked to get a very snippy reply.  "I give you measurement. Those are correct measurement."
I bit my lip.  Those measurements couldn't be right.  That dress would be a circus tent--or fit for a Yeti!  Seriously, did Goliath move to Israel and start a new breed of giants?!
"How old is the girl this dress is for?" I responded.  "Do you mean centimeters?"
"I ALREADY give measurement in inches. She is 9. Please start on dress soon. I sent payment. I need soon."
So I started on the dress, thinking I would have charged more had a known how huge this "child" was.  The cost of the fabric was many times the regular cost.  It would have made a better comforter than an outfit.
While sewing I tried thinking of the bright side.  At least I was working for myself. . . . I could set my own hours.  I didn't have to work the graveyard as a waitress.
As I pieced the set together, all over the front room, I remembered the drunks who always came into the dinner while I used to work as a waitress.  "The customer is always right," my boss said.
I tried being respectful even though I thought he was wrong. A new drunk came in after that.  The bars had just closed and the maddening rush was about to begin. "How many beers would it take to get you out of those clothes?" the drunk asked as I served him coffee.
I glared at him.  "As many as it would take for you to actually seem good looking."
He slammed his hot coffee on the tabletop.  Some sloshed over the side, dousing his hand, but he was too drunk to care. "To actually seem good looking . . . to you?"
"You're right," I said, sashaying away, "that probably isn't even possible."
I almost got fired for that--because 'customers are always right'.  And to think, that stupid drunk had been talking about my nakedness--in public!
I shook off the memory and continued sewing.  That was the beauty of being a seamstress--it gave me time to think about all sorts of things.
In that moment, the tent-dress didn't seem quite so bad.  At least the woman who ordered it couldn't get me fired, or drunkenly offend me as I served coffee.
It took days and days to finish the set. I pressed it--on the big kitchen table--and folded it into a huge box.  After finding out the cost to ship it, the woman from Israel had a stroke of kindness and paid extra for that.
"Much thanks," she said, when I told her it had been mailed. "We are eager for this dress. It is winter gift. You work hard and fast."
I shook.  She was actually excited--and so sure of her measurements.  But honestly, no one could fit into that dress--except maybe Kobe Bryant. 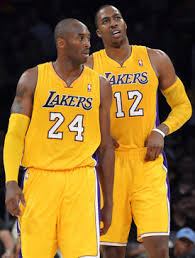 What in the world would the woman think when she got the giant's dress?  Is the customer always right--did her daughter have a growth defect . . . or something?  Or was this lady like that drunken man, so obviously wrong.