Ruby Made My Day Bright

It’s almost too ironic … Look at the photos Ruby used to make the AI photos.

Tonight I looked at the photos Ruby paid to have generated of me—then I saw what she sent as inspiration. These original photos respresent some my hardest days during cancer treatments: One is from a hospitalization when I didn’t know if I’d live past the week. Others are from scans. 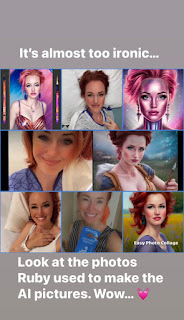 I didn’t feel glamorous, like I could keep going, or maybe even worthwhile in some of those pictures.

Sometimes I don a smile because often a smile can make a bad day better—especially when given to someone else. But that doesn’t change the fact that suffering through numerous surgeries, undergoing cancer treatments, and fighting an incurable form of stage four melanoma is not easy—for anyone.

One foot in front of the other,💓 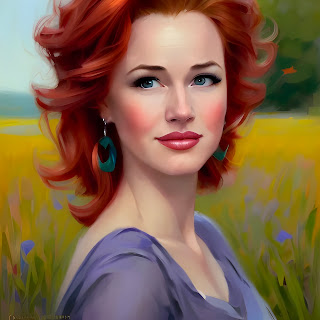