A “hell yeah” kind of day—this is so cute! 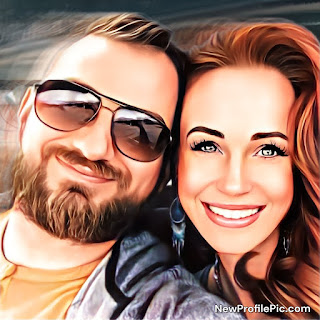 Mike is so busy taking care of me and the kids that he doesn’t get out much. I don’t have the stamina that I did before cancer, and Mike has often stepped up to cook, clean, go grocery shopping, and do anything else that I might not be able to do after treatments.

Luckily, he got to hang out with one of his best friends a few weeks ago—and something unforgettable happened. They had a couple of beers and some pizza. Knowing they couldn’t finish off the last two pieces, Mike asked a few people at the bar if they wanted a slice. “I do,” one man said with quite a bit of enthusiasm.

Mike brought the last slice around, and when no one wanted it, he offered it to the man who sat eating the first piece. “Are you serious?” the man asked, even more excited than before.

“Call it a two-for-one,” Mike joked before sitting at the other side of the counter with his friend.

And even though they sat several seats away, they could hear the man, so jazzed over that second slice of pizza. “Hell yeah,” he said, then took another bite. “Hell…YEAH!”

Mike came home that night and told me the story. We both chuckled and grinned. “I’ll never forget how happy he was,” Mike said.

I thought about his words a lot because I want to be that appreciative—so even a small gesture could create the best moment ever. I guess the fact remains that even with cancer, every day DOES seem to hold something magical and fun. I just never know what it will be or exactly when it will happen. And despite the pain of cancer and the sadness of a terminal illness, each morning when I wake up, I can hardly wait to find out what’s in store.

The “hell yeah” guy must see life the same way that I do. For him, the magical moment was getting the free pizza, for me it was seeing Mike’s eyes light up as he told me about the “hell yeah” guy and the gratitude he’d experienced at a bar in downtown Pocatello. I wonder if that man even realizes what a gem he is. I sure hope he does.

Posted by Crazy Life of a Writing Mom at 4:51 PM