The Moxie I Need

“I’d like a mimosa without the alcohol,” I said.

“So you want an orange juice?” the waitress asked, a bit snarky.

“Oh, yeah.” I turned redder than the walls. “But can you throw some Sprite into it?”

The point is that I’m not the next Princess Di; I couldn’t even be Anna Delvey! I can’t spot the anise, apricot, or almond aromas in wines. And I definitely don’t frequent art galleries spouting about Surrealism or the Baroque period. BUT I have been touched by art; in fact, a specific piece has gotten me through my hardest days of fighting cancer, and it’s quite a story.

Several years ago, my brother told me that my spirit animal is an otter. Imagine my complete surprise when I discovered that it actually is according to the Native American zodiac. Otters are fun and silly, the life of any party. But the problem is, I didn’t want to be an otter; I wanted to be a fierce lion. 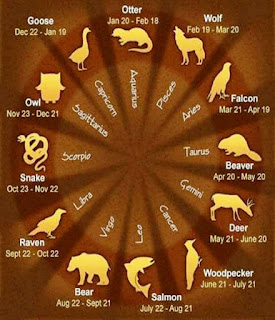 Ruby, my oldest daughter loves that I’m an otter; last year, she had one tattooed on her arm, and in high school she even drew a picture that I have on my wall. The one she created looks fun yet wise. But the strangest thing is that he seems a bit perplexed by his own existence and the fact that he IS an otter. Simply put, he is me. 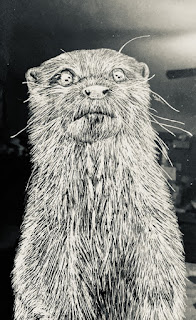 Around this time—when Ruby got the otter tattoo, I had finally begun to embrace parts of who I am. But something was missing, and I realized this after Dee Ready​​ came to visit from Missouri.

“I brought something for you,” she said before handing me something wrapped in tissue paper.

After gingerly opening it, I felt surprised to find a little ceramic lion.

“His name is Arthur,” she said. “ I feel like he’s always looked out for me. But now, it’s time for him to look out for you.”

I gave her the biggest hug. “Oh, thank you, Dee! I know how much this means to you.”

I was supposed to get more radiation, and Dee had come to help me. “You know,” I finally said, thinking about the horrors of radiation, “sometimes I feel like I just can’t do this anymore. It’s too hard to keep fighting. I’m tired.”

“Elisa,” she looked at the lion I still held in my hands, “you are an otter, but you’re a lion too. And with this journey through cancer, you’ve shown yourself to be both.” 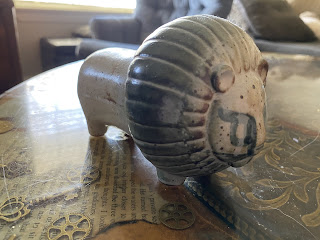 That night after Dee had gone to sleep, I looked at the lion on my nightstand and then opened my Facebook page. I felt tired beyond words and extra skinny from constantly throwing up. It had become so exhausting to walk that sometimes I would skip my medicine because getting it meant moving, which hurt too much. That’s when I scrolled and saw a piece of art so powerful that it changed my resolve forever.

Artist Daniel San Souci​​ had painted what I believe to be a warrior woman by a lion. They both stare ahead as if soulmates, twin flames, or somehow the same being. It seemed like a Godwink to see two lions like that in one day (the ceramic one from Dee and then Daniel’s painting as well). It had to mean something.

I studied the woman’s resolve and decided to take what Dee said to heart: I CAN be a lion. And I need to be a lion for my children and my husband. Some days it’s great to be a fun-loving otter, but on the hardest days, I decided to pull up Daniel’s painting so I’d remember to be strong like this woman and her lion.

I’ve gone back to look at the painting numerous times. In fact, I prepared to do that last Monday. Oncologists had just explained how I need an entire extra week of radiation, not only that, but there might be even more new tumors so they’re doing a full-body scan to make sure they’re radiating all of the new growths, not just one. I prepared to open my Facebook so I could study the look of determination in the woman’s eyes. “I can do this,” I said out loud. “I can do radiation.”

But just before I could open the computer, my blonde-haired daughter, Sky​​, blithely walked into the front room. “You got a package,” she said with excitement.

After I opened the enormous box, I stared in shock. Can you believe Daniel San Souci sent me a copy of his painting?! It wasn’t just that, but he signed it too and sent a card! I cried when I read the words he’d written above his signature: “For Elisa, My Hero.” That’s probably what meant the very most. 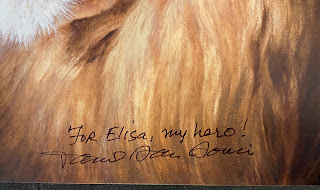 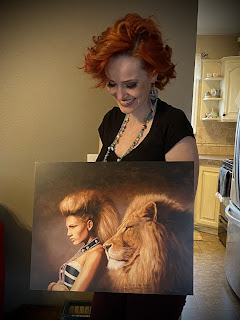 There are times in life that transcend words or even coherent thought. I fell into one of those moments as I clutched the painting and then stroked the features of the woman and the lion.

So many miracles surround us each day; but through this experience, I’m actually convinced that the greatest miracle we have is the kindness we can give to each other.

Thank you so much, Daniel. I don’t think you’ll ever truly know what you’ve done for me. You’ve given me the beautiful gift of your art, but more than that, you’ve given me the moxie I need to continue getting through this.

God bless you, my friend. Your picture is displayed proudly in our front room where I know it can inspire anyone who comes into our home. 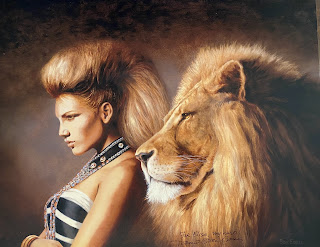 Posted by Crazy Life of a Writing Mom at 6:01 PM