Disaster loomed in the future, too bad I didn't know it!  Of all the neat things that can happen at port-a-potties . . . 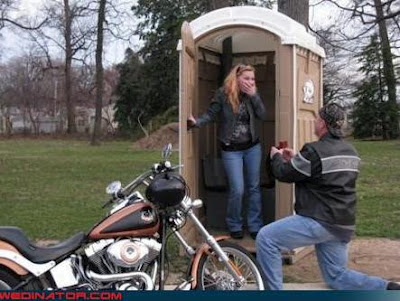 . . . something great didn't happened to me.  Instead I had one of my most embarrassing moments ever.
I sat with Melynda at the fair.  We joked around, cut fabric for people, sold books and giggled.  I read a fantasy book after that.  It was about a pansy of a girl--weak and frail.  The book made me so mad, I wanted to donate it to the library!  Poor girl couldn't do a thing on her own, she needed saving at least twice in every chapter.  Aren't main characters supposed to be a little bit capable?  Anyway, hours passed and at some point I knew I'd have to take a potty break and put the sexist book down. 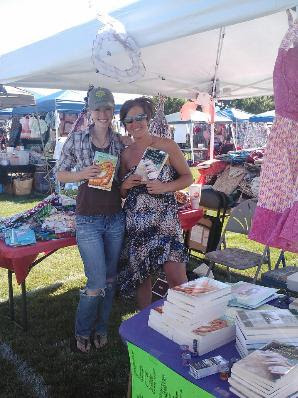 Me and Melynda at the Fair--I love that woman!

"Melynda, can you hold down the fort for a minute?  I need to visit the port-a-potty."
"Sure.  Just don't use the big one.  It's out of toilet paper."
But that was the one I wanted to use!  It was nice and spacious.  It had hand sanitizer--a real commodity at the fair.  The Scribe had used it the day before, and although the door was hard to open because the thing wasn't level and it slightly tilted forward, it was much better than the old, fly-infested alternatives.
So I grabbed some toilet paper from a yucky potty and then, with a hand-full, went in front of the nice john.  A couple of ladies jabbered loudly behind me.  "Isn't this fair hot?" one said to the other.
"Yes," the other woman said.  "I have a tough time staying out in weather like this."  They looked quite fancy, fake-tanned and with loads of makeup plastered onto their beautiful faces.  They quieted, listening to the band who played near us. I wanted to like them, but I'd been reading the story about a pansy-woman and those ladies reminded me of her.  How can people be so weak?  It was ninety degrees--seriously.  And if putting in one day at the fair was tough . . . I'd hate to see them work construction.
So, I sauntered up to the big port-a-potty's door.  I kept thinking how much I love not being a pansy.  I can tie my own damn shoes, replace my own kitchen sink--make my own spud gun if I have a mind to.  I don't need a man to do everything for me.  Cade married an equal, not a sniveling damsel.  I grabbed the handle and pulled, but the stupid thing was obviously jammed from leaning too far forward.  I pulled again.  I wasn't some wimpy girl they'd sing tragic ballads about in the Middle Ages.  I was Joan of Arc, the girl who could kick down any door--even if an idiot hadn't leveled it.  The music blared.  Cade had joked that the singer sounded like Tom Petty because he couldn't sing either.
I readjusted my baseball cap, so the thing was on backwards.  I pulled up my pants a bit and gritted my teeth.  Those pansy-women watched me, probably shocked to see how a real woman gets things done, then I yanked the handle again.  That big potty rocked a bit.  I pulled again, trying harder and harder!
Finally on my fifth pull--which was great since real women can open doors in less than seven tries--something popped and the door flew open.

I wanted to gloat, sing to the women behind me, but that's when I had the shock of a lifetime. 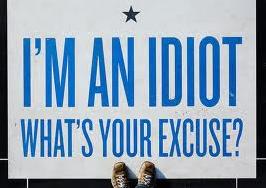 I gaped into the leaning potty and my eyes caught on the shaking man who sat using the john!  His little, red eyes turned to slits.  He hated me and we'd just met!  "What in the Hell?" he asked in a very raspy voice which was hard to hear over the music.  He'd covered himself with both hands and looked as if he might kill me if he got the nerve to move from the pot.
My jaw fell.  So the pop I'd heard had been the lock.  "Sir . . . I'm so sorry," I said, staying frozen as my eyes kept involuntarily darting to his old, construction hands.
"I said I was in here!" he rasped as if he'd smoked for nine thousand years--served him right for smoking!  "What are you doing standing there.  Shut the damn door, woman!"
Man he was ballsy for being naked.  And then, instead of giving him the toilet paper I bet he so desperately needed, I shut the door and turned around.  The two women behind me looked white-faced and terrified as if they might be my next victim.
"You still need to take a potty-break?" one asked the other.
"No."  They just stared at me.
"Me either."
What the heck?!  Had they known it was occupied the whole time?  What kind of wimpy, self-absorbed women were they?  Why hadn't they spoken up--they weren't suffering from laryngitis like the poor man behind door number three!
The ladies shuddered as I sprinted past, so I winked to one of them and waved because I was embarrassed and I couldn't help taking advantage of the moment.
Cade called me as I ran away.  I told him the story and started laughing so badly hot tears came to my eyes.  "I was just trying to be tough.  That poor man!  He seemed like he'd be nice under different circumstances."  I knelt on the grass, I laughed so hard as I tried to keep from peeing since I STILL hadn't used the john.
I talked to a dear friend on the phone after that.  "I wish I could have seen the whole thing."
"There wasn't much to see," I said.  "He covered it up really well."
"Elisa!  Not that.  The situation."
"Oh," I giggled.  "Just me being an idiot again.  You know, I've walked into the men's bathroom on accident before--I think everyone has--but I've never broken in and entered.  I'm on the path to being a criminal now. The port-a-potty criminal."
"I bet that man will be telling all of his elderly friends about this--the woman who broke in, just to see him naked."
"Seriously.  I can't imagine what he thought as I yanked on the door over and over.  And he couldn't talk loud enough.  Plus, he didn't have any paper to wipe himself.  It's nightmarish."
"Did you see him later at the fair?"
"No, I didn't even see him leave the john."
"That poor man will never use a port-a-potty again," she said.
"That makes two of us."  I meant every word.  Port-a-potties, especially the really nice, big ones, suck!


In closing, I'd like to tell you that a darling new book by Pat Hatt just came out today.  The Kindle edition is only 1.99! 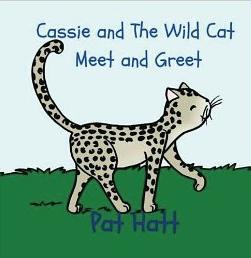 
Follow Cassie as she tries to rid herself of the Wild Cat and sweep him under the mat. From the freezer to the loo, will she chase the Wild Cat from view? Find out as you read another rhyming story from Pat Hatt starring Cassie and the Wild Cat.
Posted by Crazy Life of a Writing Mom at 10:18 AM