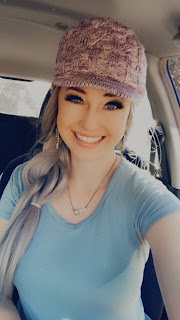 I haven’t written in a while. Truthfully I just haven’t been feeling very well. But that’s okay, it’s almost Christmas and if THAT doesn’t make life better, I don’t know what does 😉

Months ago I started hoping that I might be in remission someday, but this latest setback has me wondering.

Unfortunately hope is a buoy that sometimes brings even greater disappointment.

Anyway, until now, I never understood how people could say “it wasn’t the cancer that killed them; it was the treatment.” So far immunotherapy has caused me to have liver failure, colitis that led to sepsis, and now serious struggles with my endocrine system. I just get over one thing with meds, and something else pops us. (The amount of medication I’m on shocked one friend—but that’s the cost of living!)

Anyway, I’ve become extremely exhausted, sleeping four hours a day (while the kids are at school), and just feeling like I’m limping to a finish line—that I might never cross. That’s when my husband found a package on the front porch. “It’s for you,” he said, always so happy like a Golden Lab.

I beamed too, surprised when I read the sender’s name. She also has cancer and has bravely battled against all odds. I’d just read a post of hers, saying how deathly sick she is…. The fact that she’d sent me something—when she’s so ill—flabbergasted me.

I set the package on my bed, pulled out beautiful items and fun winter hats. The irony of it just hit me, thinking about this woman who has lost her hair and been in excruciating pain from chemo. After I donned one of the fashionable new hats and looked in the mirror, I cried from her exceptional kindness. Her courage and fortitude gave me the strength I had momentarily lost. For that, I’ll be forever grateful.

So, I’m taking medications to bolster my endocrine system, and wearing a hat from my new friend. I hope that my body can withstand treatments long enough for the immunotherapy to kill the cancer. I so hope my organs will stay strong enough to get through this! And I hope my friend will feel better soon—and beat this too! We. Can. Do. This.

Doctors originally gave me two years to live, then they said I might have ten… But now—against everything—I’m reaching for the stars.

I’m absolutely sure God has a plan; part of this is just learning to be at peace regardless of the outcome. Now THAT is true growth.

P.S. Here’s a pic of one of the hats with my favorite wig. #ElsaWig #cancerawareness #melanomaawareness #wegotthis

Posted by Crazy Life of a Writing Mom at 8:00 PM