It started as an odd journey. Who knew that having cancer could bring so many people together. But I’ve written all about it, been open and honest about my fears, doubts, and even peace with it all. And what’s happened in return has been amazing.

I’ve met people who have survived cancer or are still battling it. They’ve felt the same as me and now have someone new to talk with. I’ve seen people miraculously healed from tumors. I’ve met people who’ve died, and now I know their surviving family members. I even wrote about my doubts with religion and was surprised to discover that I wasn’t the only person who had an exorcism done on me when I was a teenager. That same pastor had done exorcisms on two other kids I knew. Each of us had no idea about the other experiences. And...after over 20 years of feeling like a “bad” person, peace came with the knowledge that I’m not alone. That’s what cancer has taught me: I’ve never really been alone, even when I thought I was.... Family and friends were there. God was always there, too.

I’ve had some very good news and some hard news recently. My brain tumors are gone—which is a miracle in and of itself. (The doctor told me those are usually the last to go, if at all.) But my liver started failing a few weeks ago because the immunotherapy began killing the cancer AND my liver. My lab numbers continue to improve right now, but we did have to stop cancer treatments for a moment so my liver can recover. This really IS a battle. And just when I think I’m starting to win, there might be a sobering setback that momentarily buckles my knees.

Anyway, what I wanted to say isn’t how tough this is, but rather how beautiful it’s been seeing the love and support from so many people. Laying everything bare, although terrifying, is liberating. I thought people might shun me for some of the things I’ve shared, but instead, people have selflessly shown love—and just accepted me despite all reason.

You see, none of us know what the future holds or if we’ll even wake up tomorrow. And that uncertainty can be scary. But when we have the love and support of each other, life’s so much easier: It’s beautiful. I have more flaws than most, but the fact that people have accepted me regardless, well, it’s one of the greatest gifts of my life. And I’m so fortunate to see it while I’m still alive—I honestly think everyone has this support, they just don’t always get to see it.

I’ll have more scans this week (and my biweekly labs). We’ll find out where to go from here (if they’ll continue a lighter version of immunotherapy—or if they’ll start chemo).

Wish me luck and strength. 💪 Things are really starting to look up, but this is war; and I guess war isn’t meant to be easy. I asked for God to refine me in 2020, ten months before my cancer diagnosis. I better buckle up. Apparently, trying to be the best version of myself is gonna take a LOT more time! 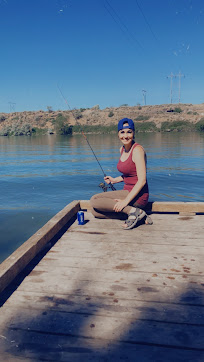