Remember "The Golden Sky"--the story of my son who passed away?  Well, today Zeke would have been 11.

I want to write a special post about him today (find it below).  But before sharing that, since it's his birthday, his book, along with many others will be available for FREE download from 11/18/13-11/22/13.
Here's the list of FREE downloads:

How to Avoid Having Sex

How to Lose a Tooth

The Best of ECWrites (Crazy Life of a Writing Mom)

The Sword of Senack 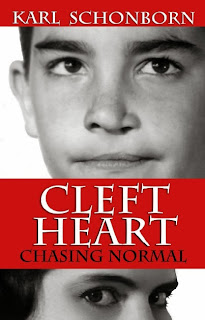 Not only is it an amazing story about overcoming facial defects, bullying, and other devastations life can bring--it's a tale of hope, forgiveness, and redemption.

Zeke was born with a cleft lip and palate.  So to read Karl Schonborn's story--and delve into the life of someone else born with some of the same issues as Zeke--it was absolutely fascinating.

I hope you'll enjoy this story if you have a chance to check it out.

“A poignant, heartfelt tale of endurance and hope. Schonborn’s story is an inspiration to all who endure physical or mental health challenges and those who care about them.”
U.S. Secretary of State John Kerry

A forty-year-old Japanese woman sits rocking in a rocking chair; the wooden boards of her front porch creak under the pressure.  She gazes out, studying the rice paddy fields that continually sway from the passing of the wind.

A tall man, appearing to be a bit younger than the tiny woman on the porch, steps from the small house.  He's been working to tune a new piano that was delivered to their house earlier that week.  He wipes his large hands on his pants before hugging the small woman.

Without another word, the woman continues rocking, the man standing eagerly behind her as they watch the fields.  And if anyone had walked by, they would have thought the scene picturesque--the two Japanese people, waiting so expectantly, as if for another miracle to come.

Time passes like a dream.  The two silently enjoy each other because they sometimes feel as if it's been years since they've seen one another.

Soon, the wind really picks up, and the sea of paddies dances even more than before.  That's when a striking young man steps from the fields.

Junko, the elegant woman on the porch, stands.  Tears glisten in her eyes.  "When we heard that you'd died, we felt so much sadness.  But to meet you here!  You look just like our son-in-law--like your Uncle Shane!"

The three of them smile.  They'd never met on earth, yet something tied them together.  It was the love of those they'd known while alive.

"I've waited years for this.  I heard your prayers the days after I died."  He studies both of them with returned kindness.  "And I've wanted to thank you for everything you did to help my mother after I died.  Have you seen them recently?" The man--Zeke--suddenly asks, as if unable to stop himself from saying the words. "Have you seen my mother and father?"

Junko nods. "I saw your mother a few weeks before I died.  I wonder if she knew my time was coming because she asked me something as if it were more important than anything in the world. . . ."

"What did she ask?" Shigekazu says.

"She asked if I could give her one bit of advice--one thing that I'd learned in all of my years of experience."

Zeke and Shigekazu both wait for her to go on.  Junko closes her eyes, then smiles.  "I gave her the advice I knew she needed most.  'Don't lie to yourself, Elisa,' I said. 'Don't lie and your life will be filled with joy.'  I hope she'll always remember."

And as the three of them sat, visiting in Heaven, their families on earth were still amazed that Junko died exactly two years, to the day, from when her husband Shigekazu died.  And that Junko was cremated on Zeke's birthday.

To those lost but never forgotten.  We love you!