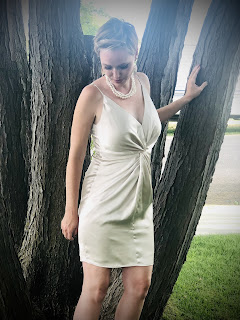 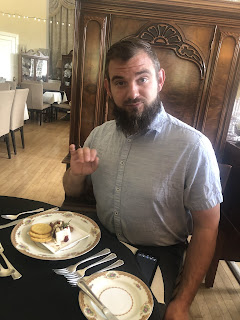 We’d planned a fancy girls’ trip to a resort town, so when Dee called the night before and canceled for health reasons, although I understood, I felt pretty devastated.

“It’s…non-refundable, Dee. I don’t know what to do.” I delivered the bad news. “But Mike and I can pay you for the hotel…. That way you’re not out the money.” We’re strapped for cash because of cancer treatments, but she didn’t need to house the cost, especially after dealing with her own health issues.

“Elisa, why don’t you and Mike just go and enjoy it. You’ve both been under so much stress, and I know you don’t get much time alone. This is on me.”

“I still wish you could be here,” I said. Dee is one of my favorite people in the whole world. We’d planned to eat cheese pizza and talk about philosophy and religion! We’d watch movies and play old games together. I’d even planned to let her win a few times! (Insert sarcasm—that woman is a card shark.)

“You’ll have fun. And you’ll also get that fancy dinner I paid for. One of you will have to eat the vegetarian meal, but what the heck!” A bit of excitement laced her voice, and I wondered if she’d actually planned this whole thing!

So, Mike and I entered the rustic hotel and prepared for dinner. I put on smoky eyes and falsies, then slipped into the tub to shave my legs—a battle since both cancer and surgeries left part of my right leg numb.

I finished up, then donned a dress I’d found at Goodwill and some pearls from Walmart.

Mike—that giver—had me model in front of the restaurant, and I smiled because despite everything, he makes me feel like I’m worth something. “Tilt this way… That’s it. Look down.” It wasn’t until we entered the restaurant that things flew south for the winter.

Mike peered around, appreciating the antique decor and delicious food. That’s when ladies at the table to our left began gossiping. (Of all the things God’s gifted me with, my kids hate my super-hearing.)

“Look at that dress. It must have cost a fortune. And that hair—the latest ‘fad.’”

“Some of the people who come here,” another woman said. “They know how to make money and how to spend it. But few of them appreciate what really matters in life.”

My hand nonchalantly went to the $3 imitation pearls around my neck. My dress had cost $5. And my hair was short, because it finally started growing out after radiation. Were they seriously talking about me?

“What do you think he does for a living?” a woman in a blue dress asked.

“Who knows. He was probably born with a silver spoon in his mouth. I bet they’re from California.”

“I’m from California,” another woman said, and they broke out laughing.

I turned to Mike, wondering if he’d heard any of it. But he has a skill I need to harness: blocking out the bad (aka gossipy people) and only taking in the good (antique decor).

I felt small and dirty after that. Then, as I looked down at my shoes, I noticed hair gleaming in the candlelight. I’d missed a large section of hair BY MY RIGHT ANKLE! Feeling like a hairy Essau, I sighed in disgust. I couldn’t even shave my legs right—or go into a restaurant without people gossiping about me!

“Oh, my God!” Mike suddenly said. “You look pale, Elisa. How are you feeling?”

Like Essau! “Honestly, I’m struggling,” I whispered, hoping he wouldn’t see the forest on my right leg.

He gave me some medicine which I swallowed after drinking water from a wine glass—classy.

“Nothing at all,” I lied. But stress exacerbates everything. And while listening to those loose-lipped women, my spine tensed until the pain became almost unbearable. “I’ll be fine.”

Mike pulled out a deck of cards after that and we played a few games. As I won, I forgot about judgment and cruel words.

Our waitress came out, her eyes scanned the cards that DID NOT belong in a place like that. And after she grinned, I don’t know how, but we ended up telling her the story about Dee paying for our hotel and dinner. “I have stage four cancer,” I finally said so loudly that the women next to us stopped talking and one of them dropped a fork. “We’re here—at this fancy place—because she did something so nice for us.”

“We’ve been through some hard times,” Mike said “and I didn’t even realize how much we needed a break.”

When the meal ended, Mike helped me from my seat. I hunched more than normal from the pain and the hard antique chair.

“I would’ve never known,” a woman said as I limped forward.

I looked at them sadly. “Knowledge changes perspectives, doesn’t it?” I said to Mike, but the women suddenly knew I’d said it for their benefit—and each of them turned blood red.

“Thank you, Mike,” I said as he continued helping me walk toward the door.

“Did you have a good time?” he asked.

“The best! The food was amazing! And the dinner itself was unforgettable. How did you know to pull out those cards when you did?”

“You just looked—like you needed to lose at something!”

I laughed so hard, wondering if he had actually heard the women.

And as we went back to our hotel room, I thought of Dee and how grateful I am for the good people in this world.