Kissed on the Shoulder

He stared at me from across the way. I sat peddling newspapers, excited for people to read about the news we’d recently unearthed. He paced back and forth, just watching.

I guess I must have looked thoughtfully at him at one point because he returned the action. Sometimes I wonder if people with down syndrome can be like that, simply honest and unassuming.

As the day continued, I decided the man must have been in his early twenties and obviously seemed to be pondering something.
My thoughts suddenly turned to my son who died.  He’d had birth defects and the doctors thought he was mentally handicapped. They kept saying that if he ended up growing to be an adult, he wouldn’t have a good quality of life.
There was a part of me that wondered if they’d been right. He died from health complications, but I’ve always wondered what he really would have been like, as an adult.
At first they thought he’d have down syndrome, then trisomy.  They performed  all sorts of tests before he was born and afterward, when nurses cared from him in the NICU; experts studied all sorts of tests there too.
Anyway, I thought of all of this as the man with down syndrome watched me at the fair last year. If my boy would have been mentally slow, what would that have been like?

I’m normally so happy, and I’m not totally sure why but I suddenly descended into such a sadness as I sat there that I almost started crying.
I just wished for a second that I could feel the arms of God wrap around me and just take the pain surrounding sickness and death.  It seems like when my son died he left a hole that will never be filled – not unless I can somehow be surrounded by God’s love, just to know that He has a plan.
Suddenly, when I’d gotten to the very worst of this feeling, the man with down syndrome gracefully zig-zagged toward me.
“I like you,” he said. “I just do.”
“Well, thank you.”  I blinked, and then brightened, for his sake. “And, I like you!”
“Hug?” he looked down and kicked a rock by his shoe.
“Ummm. Sure.”  So I held out my arms extremely wide and he placed his head softly on my shoulder as I hugged him. I swear that somehow it felt like the presence of God surrounded both of us, wrapping us in this crazy-strong warmth.
He kissed my shoulder lightly before walking away. As he was about to round the corner, he yelled back, “I love you, k!”
Tears filled my eyes, not because I was sad, but because I’d witnessed something amazing.
“Thank you for that,” his caregiver quickly said.
“He’s pretty special isn’t he?” 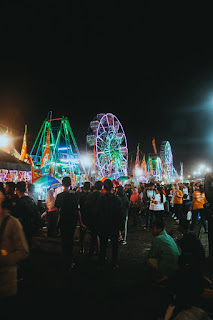